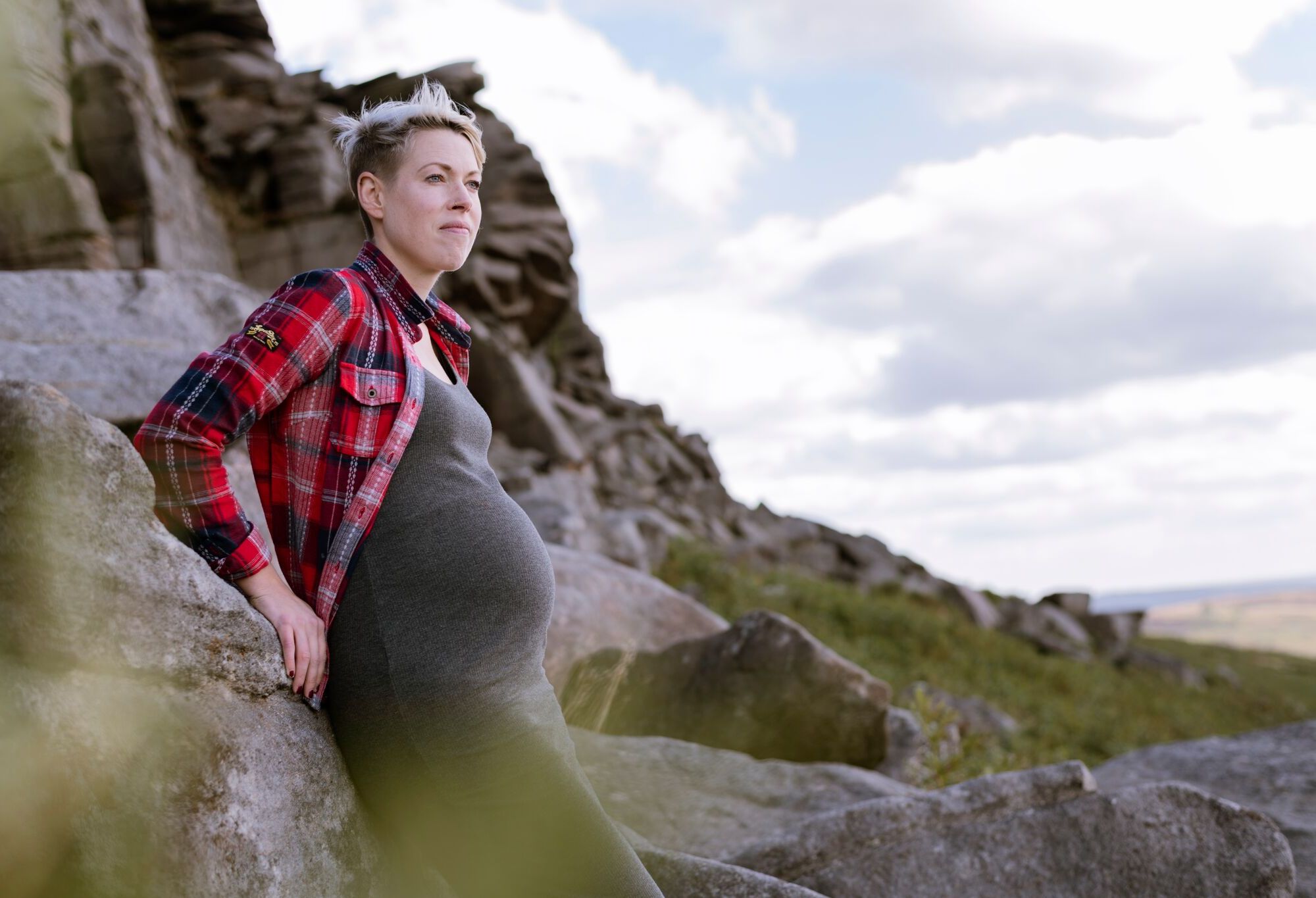 I’m writing this post on National Poetry Day (happy celebrations, poetry fans!) and a few days ahead of World Mental Health Day on October 10th, so you can probably guess what fateful, doom-laden intersections to expect. But I’ve also thrown a bit of pregnancy-talk in to keep you on your toes! If you can make it to the end, you’ll be rewarded with an excellent poem called ‘Mingus At The Showplace’. Which, to be fair, you could just google straight away and have done with it.

Yesterday, The Guardian reported that the withdrawal effects of stopping anti-depressants can be severe, perhaps much more than current medical guidance might suggest. Can I take this opportunity to recommend the joy of coming off medication in the first trimester of pregnancy, when you can’t work out whether the nausea, sickness, headaches and tiredness are down to the new hormones flooding your body or to reducing the meds? It’s a fun new guessing game each morning at the sink! You might also struggle to work out whether your sadness and fear is a withdrawal symptom or whether you’re a bad person who is scared of motherhood, but you’ll probably land on the latter for good measure and develop a guilt complex.

What I can’t recommend, alas, is spending the rest of your pregnancy trying to stifle the habitual random-but-overwhelming physical feelings of dread and spiralling thoughts the medication used to help you manage. I can’t recommend not knowing how to react when people say ‘there’s nothing to worry about’, reminding you that feeling anxious about the baby growing inside you is normal. Not knowing whether you should explain that – for you – anxiety has always been a bit more than ‘normal’ and that your frantic brain just needs something to attach its free-floating panic to, like one of those annoying burrs that stick to the ears of a cocker spaniel when she runs in the woods. Nor can I recommend being re-prescribed drugs when you finally go to the GP to admit how bad you feel but being too afraid to take them because the packet lists possible damage to your baby and because – when you try half a tablet – you become even more anxious than before. Nor driving yourself mad with guilt that you might have harmed your baby ANYWAY because everyone says how important it is to relax through pregnancy. I won’t go on, because hearing about someone else’s anxiety is probably about as interesting as hearing about the dream they had last night about the killer squid (Editor’s note: actually, that sounds quite good. Why don’t you write about that instead?). 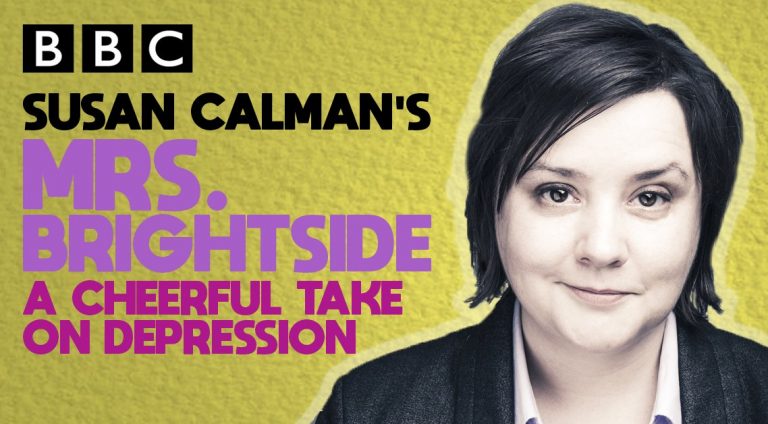 I’m talking about my own mental health in the spirit of the open dialogue that comedian Susan Calman advocates in her amazing podcast series ‘Mrs Brightside’ which I discovered this week and which has already made my world a funnier, calmer more interesting place. In the series, Susan – who has depression and anxiety – talks in an informal way to other comedians about their experiences, reflecting on OCD, low self-esteem, gender, being trans, medication, controlling tendencies and much else besides. Her interview with Al Murray especially interested me, touching on the issue of whether comedians are more prone to mental health issues, as a study by Oxford University suggested back in 2014. This study prompted a piece of research carried out by me and by Dr Oliver Mason from UCL where we looked at poets and ‘psychotic traits’. If you’re especially interested in psychological medicine, you can read the results of our study here.

Both Calman and Murray are sceptical about the tendency to ascribe the ‘sad clown’ effect to comedians because to do so can be stigmatising (or perhaps even create a kind of self-fulfilling prophecy). But Al Murray did think that there was an interesting link between how he had used the notion of ‘performance’ both on stage in the characters he inhabits and in real life to help cope with difficult long term emotions and experiences. As someone who saw my entire life as a performance when I was at school (‘I’m being teased again? I’ll pretend I’m a radio presenter making a documentary about the bullies!’), I can empathise with that and how it might equally apply to the ‘performances’ we enact through poetry, both on the page and on stage. (As an aside, it also brought back a memory of me and my friend Emma from the pub across the road making up sub-standard Victoria Wood inspired sketches in the playground every Friday and performing them to the class).

Sometimes – just sometimes – performing being ok for a while can make you feel a bit better, even when it’s the last thing you want to do. But that doesn’t mean suppressing your problems: it’s vital to also have people to talk to who will understand and will help you get the support you need (whether on medication or off it). In Willam Matthews’ brilliant poem about performance ‘Mingus At The Showplace’, he describes the dance between what happens on-stage and off-stage and how the boundaries can blur. The teenage narrator of the poem starts off joking about the stereotype that all poets are depressive:

I was miserable, of course, for I was seventeen,
and so I swung into action and wrote a poem,

and it was miserable, for that was how I thought
poetry worked: you digested experience and shat

literature….
He goes to a bar where the jazz musician Charles Mingus is playing. He already knows that Mingus is an artistic genius (‘I knew two / other things, but they were wrong as it happened…’) but instead of settling into the crowd, he shows the great musician his poem. Mingus’ response? ‘There’s a lot of that going around’. The poem is humble, witty and a celebration of poetry in all its forms, whether ‘good’ or ‘bad’. And it finishes with one of my favourite stanzas of all time:
….Of course later

that night he fired his pianist in mid-number
and flurried him from the stand.

“We’ve suffered a diminuendo in personnel,”
he explained, and the band played on.

You can read the full piece here. Enjoy. And Happy National Poetry Day!

Not had enough depressive reading matter? My latest publication is a series of dystopian short stories published by Wrecking Ball. You can get hold of them here.

2 thoughts on “‘There’s a lot of that going around’, he said”

Poet, climber and trail runner. Author of 'Division Street' and 'No Map Could Show Them' (Chatto & Windus) and editor of 'Lake District Trail Running' (Vertebrate). This blog will mostly be full of pop psychology, poetry and thoughts about bodies and body image.
%d bloggers like this: